Cancer is one of the most common cause of death world wide in the 20th century and the number of new cases is still increasing. The pressure to understand the development of different cancers on a molecular level is instrumental. It is important for early diagnosis and for the identification of effective drug treatments. At a molecular level, precise gene expression programs and signal transduction pathways orchestrate initiation and progression of cancer.

In this competitive context, the GEO team focuses on understanding the genetics mechanisms implicated in the transcriptional regulations that support tumour initiation and development. Two cancer diseases are under study:

- The UV-dependent skin cancers with melanoma being one of the most aggressive skin cancer with poor prognosis at the metastatic stage. Understanding what are the molecular changes in response to UV-irradiation and DNA-photolesions as the identification of molecular pathways for drug target design are thus a real challenge.

- The ETV6/RUNX1-positive leukemia, the most frequent childhood B-lineage acute lymphoblastic leukemia (B-ALL). Most treatment protocols result in a good outcome, although some patients suffer very late relapse, which cannot be anticipated at the diagnosis. Understanding the onset on the disease, as well as anticipating and treating the late relapse are thus real challenges with therapeutic issues.

Melanoma is among the most aggressive and treatment-resistant human cancer. It arises from malignant transformation of melanocytes, the melanin-producing cells present at the basal membrane of the skin epidermis and responsible for pigmentation and photo-protection. Melanoma incidence is rising (Tuong et al., 2012) and current estimations are that each year, there are more than 76000 new cases in the US and 7400 in France. New treatments have promising results, but melanoma still accounts for 75% of all skin cancer deaths.

Epidemiologic studies have implicated intense intermittent solar exposure and sunburn during childhood in skin cancer (Whiteman et al., 2011). However the exact contribution of ultraviolet radiation (UVR) in the pathogenesis of cutaneous melanoma is still a matter of debate.

During the past years, we have been analyzing the molecular impact of UVR on melanocytic cell lines and on skin.  We could demonstrate that the transcription factor Upstream Stimulating Factor 1 (USF1) is a central actor of the skin UV-response, being a target of the UV-dependent stress-activated p38 kinase (Galibert et al., EMBO J 2001; Corre et al JBC 2004; JBC 2009). Recently, we proved that USF1 controls indirectly mutation load (Baron et al., Plos Genet 2012). USF1 regulates the expression of HR23A and CSA, two actors of the Nucleotide Excision Repair machinery that mediates the recognition of UVR-induced DNA damages. The direct in vivo consequence is that the levels of remaining pyrimidine dimers are higher 24 hours post-irradiation in USF1-KO mice compared to WT. We further elucidated a new function for USF1 demonstrating that the tumor suppressor p53 requires USF1 for immediate protein stabilization in response to UV-induced DNA-damage (Bouafia et al., Plos Genet 2014). This new link between USF1 and p53 is central to maintain genome stability. Together this highlights that USF1 may elicit a skin protection program against UV-induced DNA damage by controlling independent and complementary pathways.

The ETV6/RUNX1 acute lymphoblastic leukemia is the most represented hematological malignancy found in children. The 12/21 translocation lead to the fusion of the two transcription factors: the repressor ETV6 and the activator or repressor RUNX1 according to its cofactors. The ETV6/RUNX1 fusion gene is necessary but not sufficient for leukemia development. Among the secondary alteration that may support tumor development we have reported the overexpression of the normal copy of RUNX1 and established the ETV6/RUNX1 gene signature (Gandemer et al., BMC Genomics 2007). Understanding how the RUNX1 factor and the ETV6/RUNX1 fusion protein that share common features and yet have distinct roles do interplay and interact with cofactors to promote leucemogenesis is critical. This will permit to establish a hierarchy of signaling programs required for leukemia development.

We also focus on exploring molecular mechanisms responsible for relapses of leukemic patients. We have shown that the tetraspanin CD9 was part of the ETV6/RUNX1 gene expression signature (Gandemer et al., BMC Genomics 2007). We could further demonstrate that CD9 interfere with CXCL12/CXCR4 signaling by enhancing RAC1 activation via its C-terminal sequence. We demonstrated that RAC1 activation enhanced actin rearrangement and the formation of cytoplasmic extensions, promoting chemotactic migration to towards CXCL12 in the testis, a recognized site of late relapses for leukemia. This highlights the key role of CD9 in leukemia relapse (Arnaud et al., Blood 2015). 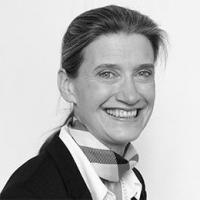