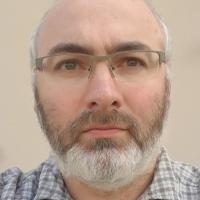 My journey through Science

Understanding how molecules interplay to sustain life is what brought me to study biology.

My curiosity lead to a PhD in Natural Sciences from ETH Zürich (Switzerland) for studying the contribution of Wnt and Frizzled genes families to cell differentiation in the kidney. I then joined the University of Lausanne (Switzerland) as a post-doctorate where I contributed to the study of nuclear receptors functions during animal organism development, cell differentiation and energy homeostasis.

At this time, my interests had slightly shifted from understanding the living to developing the technologies allowing its study. I decided to join the French Xenopus Resource Center in Rennes (France) where I worked on developing genome-editing and bioactive compounds screening technologies and managed the scientific projects and resources of the Center. I later became director of the Center.

In 2019, following the progresses of computer software and hardware, I thought that it was finally possible to perform more systemic biology analysis. I joined Reverse engineering Cell Division research team (CeDRE) at IGDR in Rennes, France to work on data integration, system modelling and knowledge extraction for CeDRE teams’ projects in understanding the biophysical system underlying cell division.

To support my scientific project, I attended the courses of Master in Bioinformatics at University of Rennes 1, from which I graduated in June 2021.

Elsewhere on the web...